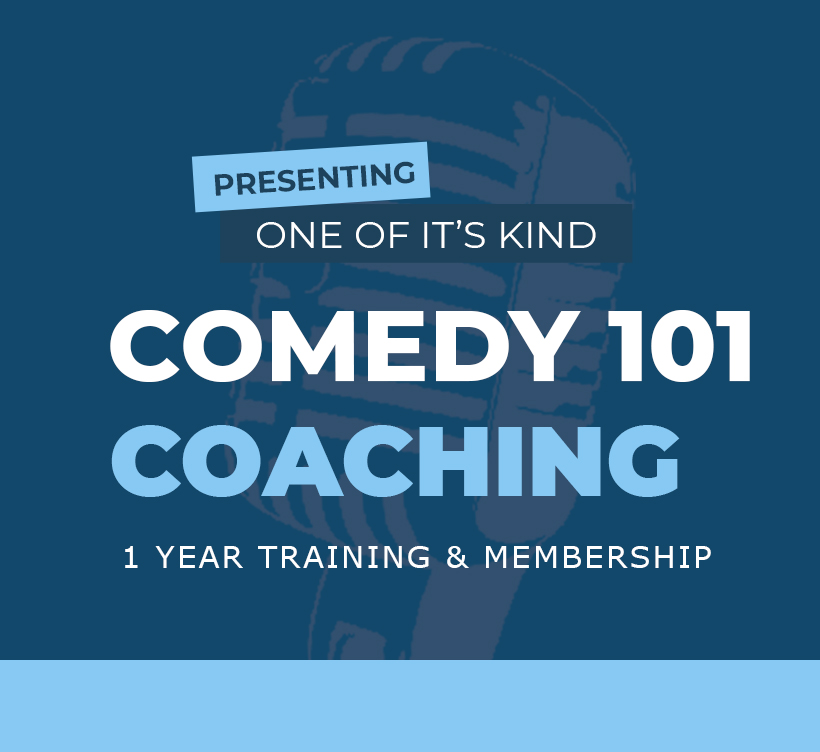 World’s Premiere - Asia's First Comedy Training Academy 'Cafe Comedy' Presents 'COMEDY 101 Coaching' which is the only long term comedy course across the globe with a one-year training and membership.

Where we are offering you 10 different Topic-Wise Workshops and 1 year course of comedy with Methodized Training & Mentorship, where you will understand the structure of comedy & will be learning the techniques to develop your comedy writing & performance.

About The Trainer :
Mr. Amit Khuva Founder of World’s Premiere - Asia's First Comedy Training Academy 'Cafe Comedy'' is a well-known comedian of Gujarat as well as India’s First and World’s Youngest Standup Comedy Trainer as well. He has done more than 2500+ Live Shows along with around 40+ TV Episodes & Has 14+ Years of Experience In Comedy Performing & 9+ years In Comedy Training.

As this is World's only long term comedy course, we start with learning the essentials via a 10 days workshop series as mentioned below.

Workshop Series Part 3: Eco System
8) Identifying Your Style & Getting Stage Frequently
9) Being a Likable & Salable Comic
10) Getting Work Around Comedy

Along with a Workshop Series, Here are the 14 Perks / Resources to learn standup comedy, as part of the Comedy 101 Coaching.

▪️ 3 Jam Sessions: Your Mentor will guide you to develop a proper Comedy Standup set.

▪️ 2 Career Counseling Calls: Your Mr. Amit Khuva will guide you to develop a future in Comedy with his 14+ years of experience in this industry.

▪️ 2 Open Mic Audio/Call Review: You can get a detailed review of your open mic performances by your mentor, this will help you to build a standup comedy set in the most funniest way possible.

▪️ 3 Q&A Zoom Calls: In this session, we take Comedy related questions from students and Your mentor Mr. Amit Khuva answers them. These Q&A Session help students to ask the most raw to the most specific questions of the comedy field to enhance their knowledge.

▪️ Weekly Twice Comedy tasks: Tasks related to comedy will be assigned every week to be more regular in comedy.

▪️ 12 Humor Sessions: Humor sessions are detailed insights on a specific topic. This is where an expert shares an inside of the specific topic of comedy in brief into the session.

▪️ 4 Video Breakdown Zoom Calls: Your Mentor will guide you through breaking a comedy video every few seconds of the video and give the pros and cons of the performance.

▪️ 52 Exclusive Stand-Up Tips: Every week an exclusive standup tip will be provided to you.

▪️ Monthly Once Newsletter: Information regarding the comedy market will be provided through newsletters.

▪️ 10+ E-books: E-books to develop in comedy will be provided.

▪️ 2 Worksheets: Work & Activities related to comedy will be given to you.

If You Have Ever Wondered How to build a standup comedy set from your daily chores then these Workshops and Yearly Coaching is for you.